Attorney Kenneth Barber was admitted to the Connecticut Bar in 2003, and to the Federal District Court of Connecticut in 2004.  Prior to practicing law, he was a Police Officer for the Towns of Plainfield and East Hampton, and Police Sergeant for the Town of Bloomfield. He served in the U.S. Army & Connecticut Army National Guard, enlisting as a private and leaving as a Captain.  He is a member of the Connecticut Bar Association, Anchor Lodge of East Hampton, East Hampton Rotary Club and Glastonbury Elks. In his spare time he is the pipe-major for the Middletown Police Benevolent Association Bagpipe Band.

Attorney John H. Porter received his law degree from Western New England University School of Law. He was admitted to the Connecticut Bar in 1986. His areas of practice include personal injury, medical malpractice, business development/consulting and the general practice of law. He served for 18 years of his career as Staff Counsel and Director of Risk Management at Waterbury Hospital and as Counsel and Corporate Secretary for Acquafibra, Inc. 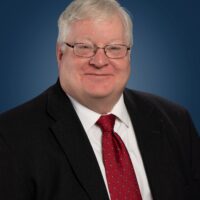 Attorney Joseph F. Cassidy was admitted to the Connecticut Bar in 2002. He is a graduate of the University of Connecticut School of Law. His areas of practice include conservatorships, landlord/tenant, business formation, and plaintiff’s litigation. He is currently serving as a commissioner of the West Hartford Fair Rent Commission. Prior to practicing law, Joe had a fifteen-year career at CIGNA. Joe invests his free time in his family and friends, and his hobbies include tennis, hiking, archery and toy train collecting. 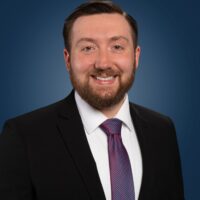 Attorney Kevin N. Godwin returned to work in his hometown of East Hampton after earning his law degree from Albany Law School in 2020. He has since become admitted to the Connecticut Bar in 2021. One of Kevin’s proudest achievements is being a founding member of Friends of East Hampton Football and being an inaugural member of the East Hampton High School football team. In his free time, Kevin enjoys being outdoors, watching and playing sports, and spending time with his family and friends.